B. Vršnak, J. Čalogović and M. Dumbović visited the Physics department of the University of Kiel from 18 to 26 May 2016. During their stay they participated in several meetings regarding the propagation of interplanetary coronal mass ejections, magnetic cloud effects on the cosmic ray flux and cosmic ray depressions at Mars. B. Vršnak gave a seminar titled "Space weather research at the Hvar Observatory". 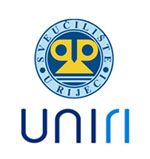 Tomislav Žic had an invited talk – seminar at Physics departement of the University in Rijeka where he presented his scientific research on the subject of eruptive processes in Solar Physics and their influence on space weather.

On April 29, 2016, Bojan Vršnak presented a public lecture "Sun - Our Star" in Rečica ob Savinji, Slovenia, in the European Territorial Collaboration Slovenian/Croatian Youth Center. The lecture was attended by more than fifty listeners from the whole Savinja-valley region.

On April 27th 2016 fellowships of the national program "For Women in Science" were awarded for the 10th time, organized by L'ORÉAL ADRIA d.o.o. and Croatian commission for UNESCO at Ministry of culture, under sponsorship of Croatian academy of sciences and arts and supported by the Croatian Rectors' conference. Among the four young female scientists awarded with this prestigious fellowship is Mateja Dumbović from Hvar Observatory, Faculty of Geodesy in Zagreb for the research she did during her PhD studies that resulted in her thesis "Analysis and forecasting of coronal mass ejection space weather effects" (supervised by dr. sc. Bojan Vršnak). The ceremony was attended by many esteemed guests, among others the Croatian president Kolinda Grabar-Kitarović and the news was greatly covered by Croatian press.

Link to pictures and media

From 21 to 23 April 2016 Festival of Science was organized with the support of POKRET project at city hall in the town of Hvar, and this year's festival theme was "Science and Art". The event was organized by the Observatory Hvar and the Elementary School of Hvar, Stari Grad, Jelsa and the Archaeological Museum in Zagreb.

Science Festival is being held for the 14th consecutive year in Croatia and its goal is to bring the science to pupils of primary and secondary schools and the entire interested general public. This year, the Science Festival was organized in 18 cities in Croatia, and it was the second time that city of Hvar hosted it. Compared to the last year, organizers offered a much richer program and the Festival in Hvar lasted for three days, that was visited by students of almost all schools on the island (elementary school of Hvar, Stari Grad and Jelsa).

Currently are one guest and no members online